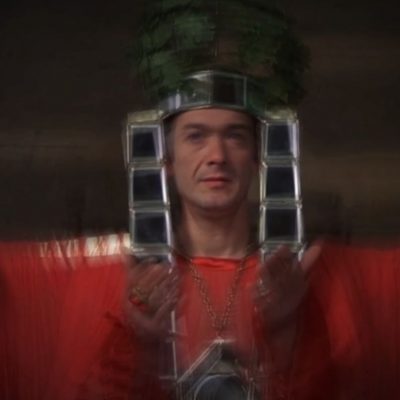 We’re revisiting every track of Source Code on social media before the release of the new pressings by the end of the month.

Joey Gets A Candle [Swayze Meld] is the first track on the second vinyl of Source Code. It is a very moody track, perfect for a soundtrack of a film that never existed. As it is often the case, the interesting things happen at random times during rehearsals. If you go for a wee outside (freezing cold but the stars are amazing on a clear night), the rest of the band usually starts something else and you often end up running back to take part into what could become our next song.

For Joey Gets A Candle [Swayze Meld] it was the night of our first photoshoot. I was laying skulls and feathers to get a picture to put on social media. And Joey came round and suggested a few candles. While we were setting up the scene, the rest of the band started playing a little theme over and over until it finally became this song. The [Swayze Meld] in the title is something else…

Our debut album Source Code was released in 2019 on Fruits de Mer Records. It is now being repressed on Turquoise vinyls (2xLP, 200), to be released on 25th February and available for preorder on Bandcamp: https://moongoosecult.bandcamp.com/merch