The Wax Monster Lives Behind the First Row of Trees 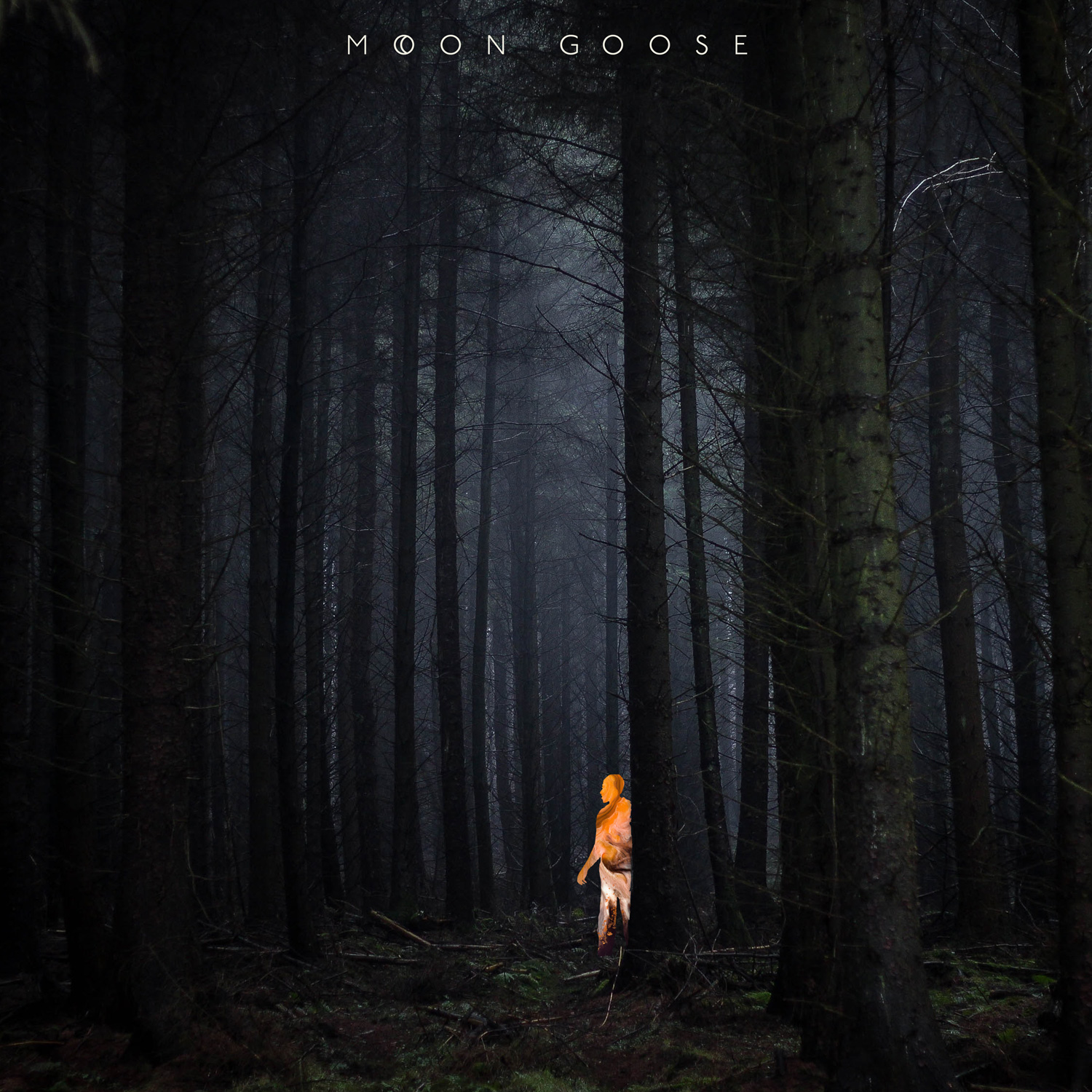 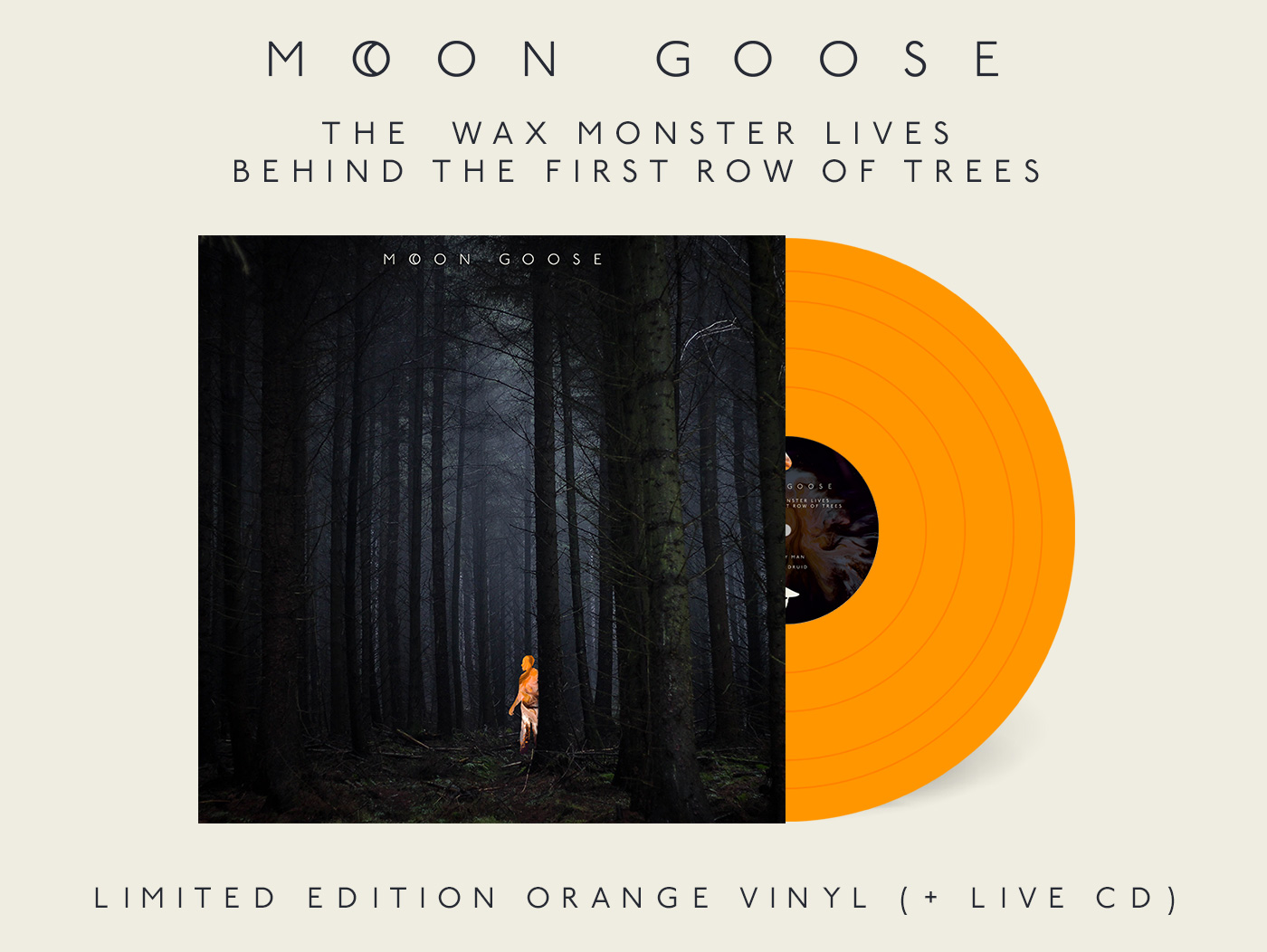 The limited edition Orange Vinyl will come as a package with a 30mn Live CD from our gig at the 17th Dream of Dr Sardonicus last year in Cardigan, with the following setlist:
– Electrolene
– Le comte
– Edible Druid
– Goldfish (in a bag)
– Trains
– Second life 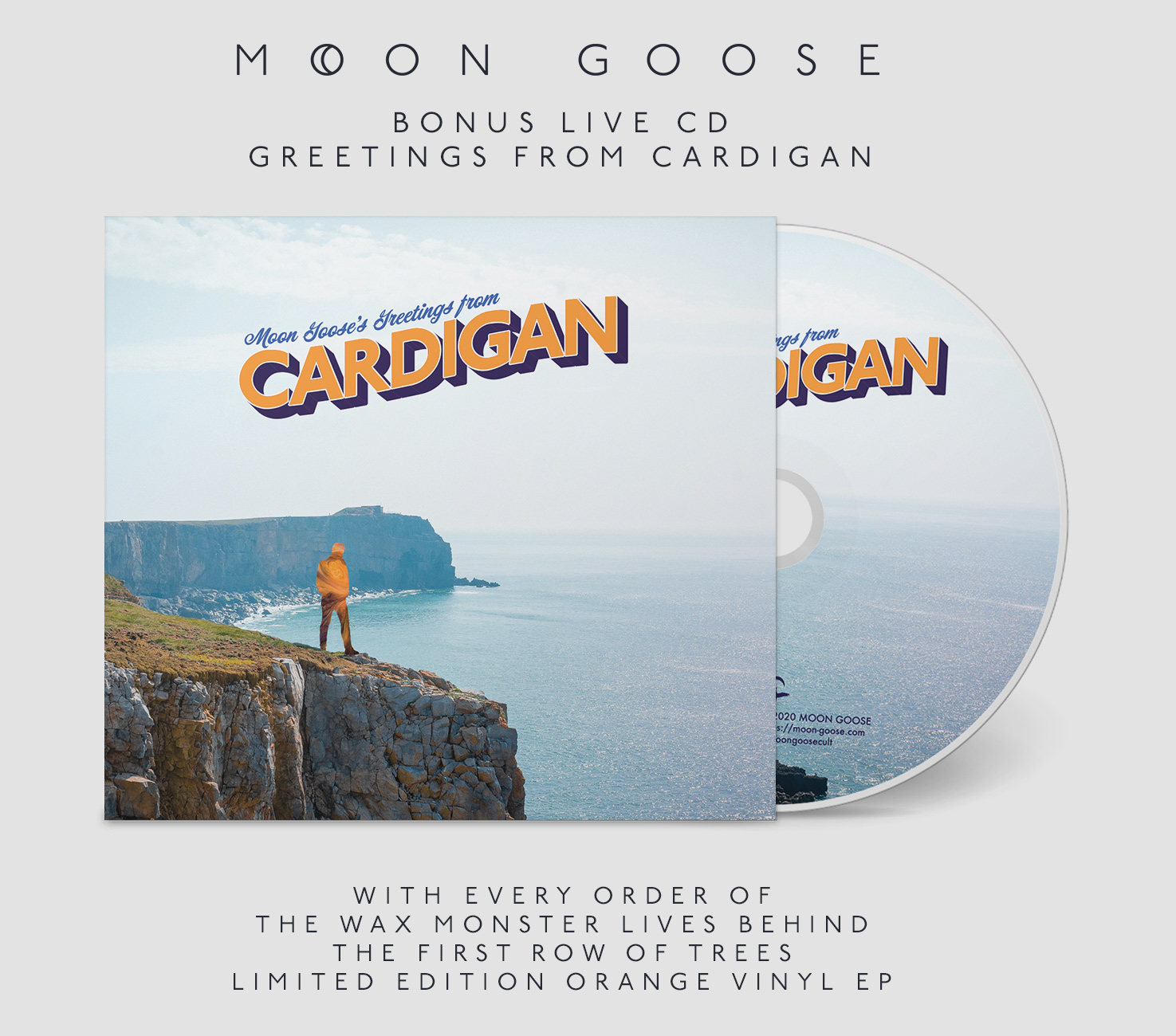 NOTES TO EDITORS: The Wax Monster Lives Behind the First Row of Trees is available on Limited Edition Orange Vinyl, bundled with a live CD taken from Moon Goose’s set at the 17th Dream of Dr. Sardonicus Festival in Cardigan in 2019, when we could still embrace one another. It is co-published with Fruits de Mer Records and is also available for digital download at http://moongoosecult.bandcamp.com/